A Kaufman art piece was attacked when it was exposed. An anonymous person has taken an oversight of the surveillance to paint on one of the paintings on display. The work in question has suffered several marks made with a black marker. The piece that has suffered this vandalism is titled “Six”, made with acrylic on board wich represents a geometrical figure.

The piece in question titled “Six” was created by KAUFMAN in 2009 and has been exhibited twice.

The artist said he does not feel insulted by the attack, instead he mentioned “I believe that this act has served to make the work evolve. It’s great as the piece has moved from abstraction to figuration with this illegal intervention. With just a few lines of interlaced lines this figure now simulates a puppy. ” “I think with this development the work should be called the Six-Dog”

The security cameras of the hall captured the moment the picture is painted in full exposure by a hooded person. We see after the youth enters goes directly to the piece and leaves the room after painting runs away.

“Undoubtedly, we face a question is it Art or Vandalism?

Images of the painting before and after the attack. 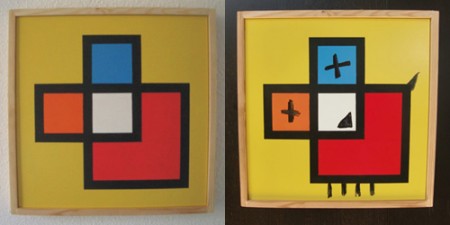 Fictional experiment that reflects on the limits of art and vandalism. 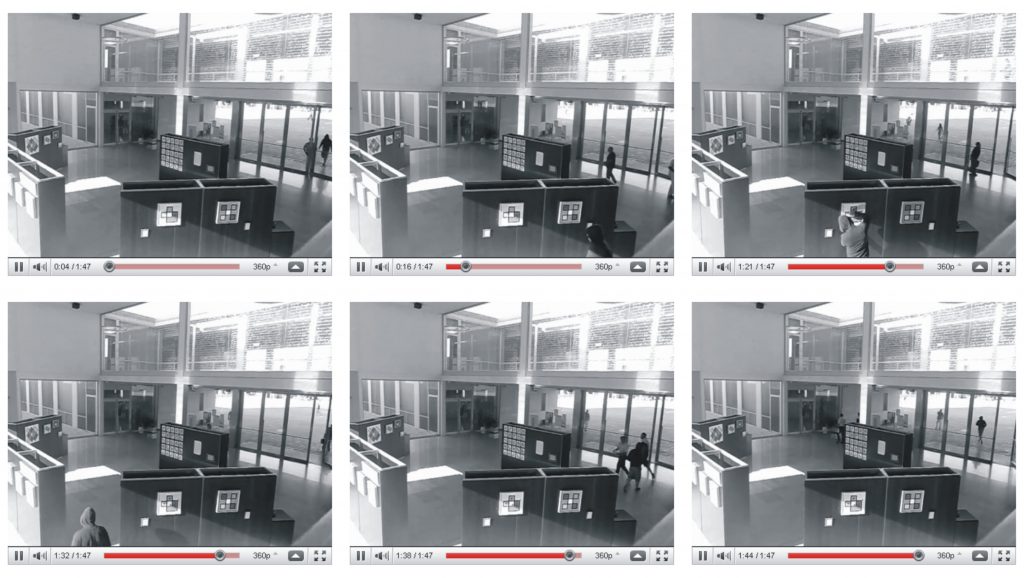 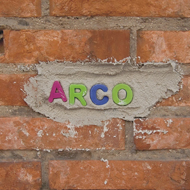